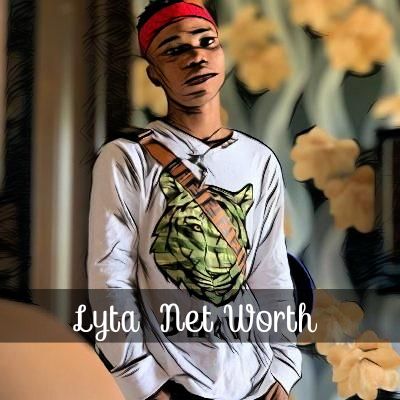 Opeyemi Babatunde Rahim, popularly known as “Lyta” is a Nigerian Singer and Songwriter. He was formally signed into YBNL Record label in their Year 2018 and left In the year 2019 after a controversial issues with the the Record Label Manger and Owner, Olamide. Lyta later join “DMW* [Doro Musik Gang] which was owned and managed by Davido.

Lyta [born 4th July 1998] is a native of Kwara State, but grew up in Ajegunle, Lagos State. Lyta is 21 years Old as of May 2020. Lyta started his musical Career at the Age of 11. Lyta started as a member of “Ile Kewu“, a music group at his local mosque. Lyta joined a Record deal “YBNL Nation” at the year 2018. In that Year, Lyta released a single titled “Time” under the Record Label of “YBNL“

In 2019, Lyta left YBNL Nation due to contractual and personal issues. Lyta later signed with Doro Musik Gang and released the Killer Tunes-produced track “Monalisa” on 12 July 2019 After exiting YBNL. The visuals for “Monalisa“, which was directed by Director K, amassed over 500,000 views within a month after its release.

In no much time after the released of “Monalisa“, Davido summoned Lyta for an official Remix of the single. With the agreement, Davido and Lyta flew to “Dakar” for the Music Remix and Video Shoot. The remix of “Monalisa” was released on 30 August 2019.

Lately in the year, and after the released of the remix, Lyta released the Afrobeat track “Worry” on 6 December 2019; it was produced by Killer Tunes.

As of 2020 and According to Forbes and other real sources, Lyta Net Worth is estimated around $31,000 Dollars, equivalent to ₦22 Million Naira

Lyta Parents are indigens of Northern Part of Nigeria. The parents, Siblings of Lyta also reside at Ajegunle , Lagos State.

Lyta once reviewed to the public that he came from a poor family, and his mother is blind.

It was reported that Lyta Exit from YBNL was caused after Olamide unfollowed him on Instagram.

According to Lyta, he said although he was paid between 50,000 and 80,000 for shows, he never had a written contract with the label. And according to Olamide, He Stated that Lyta refused to follow YBNL promotional calendar.

Lyta has released appreciating number of songs right from 2005 to 2019. Below are the list of songs by Lyta;

Lyta Net Worth is estimated to be around ₦22 Million Naira. His source of income includes music revenues, shows and deals

Thanks For reading, you can also check Lil Frosh Net Worth and Zinoleesky Net Worth

Zinoleesky Net Worth 2020 And Biography