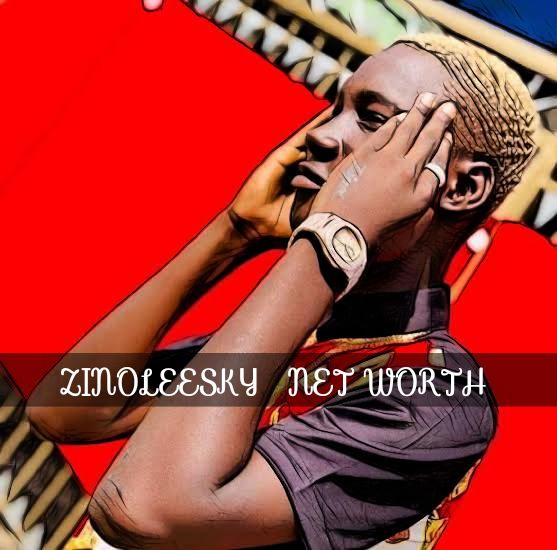 Zinoleesky is Nigerian, Lagos-based fast rising artist who was currently signed into Record label “Marlians Music Imprint” which was owned and managed by Marlians Boss, Naira Marley. He was signed into the record label alongside with other three Yoruba singers, Mohbad, Cblack and Fabian. Zinoleesky was said to reject an offer granted by the popular Artist, Davido to join his Record Label “BMW“. Nevertheless, Zinoleesky stood to the fame after his Instagram Rap Freestyle video with his friend Lil Frosh, which also attracts the interest of Naira Marley that made him to sign him into his Music Record Label. Naira Marley brought Zinoleesky and the other three Yoruba artists on stage during the 2019 Marlians Fest, which took place at Eko Hotels & Suites, Lagos on 31st December.

Oniyide Azeez was born in Lagos State Nigeria. He had his primary Education at Lively Kiddies Nursery and Primary School, Agege and secondary education at Boys secondary school at Agege, both in Lagos State Nigeria. Zinoleesky became friend to Ibradosky and Lil Frosh that is currently signed to the Davido owned DMW record label in their school times. Zinoleesky is a social media influencer, who had many Rap Freestyle challenges on Instagram with his colleagues Lil Frosh and Ibradosky, and that made the Lord of Lamba, Naira Marley to noticed him and his colleagues. They started putting more effort in their musical career after Kiss Daniel noticed them and followed them on Instagram after a Rap freestyle video of them on instagram. With that, they believes that in no much time, they will make it in life and here they made it. Zinoleesky has many songs and had featured his Best friend, Lil Frosh on a track titled “who knows“.

[As of 2020 and according to some real sources, Zinoleesky Net Worth is estimated to be around ₦12 Million Naira]

Zinoleesky loves his family and doesn’t take them for granted. We couldn’t verify his Relationship Status because he hasn’t updated it online.

[As of 2020 and according to some real source, Zinoleesky Net Worth is estimated to be around ₦12 Million Naira]

Zinoleesky is currently signed into Record label “Marlians Music Imprint” which was owned and managed by Marlians Boss, Naira Marley. Three Other Yoruba singers Mohbad, Cblack and Fabian were also among those that were signed into the record label too.

Zinoleesky has a number of songs to his credit including:

The Nigerian Fast rising singer and songwriter is currently to have an estimated Net Worth Of ₦12 Million Naira as of 2020 and according to his assets.

His source of income includes music revenues, shows and deals. Moreover, Zinoleesky recently bought a car, Lexus salon which is worth over ₦4.5 million Naira.

Thanks For Reading, you can also Check about Zinoleesky’s best friend, Lil Frosh Net Worth and Biograghy here

Lyta Net Worth 2020 And Biography