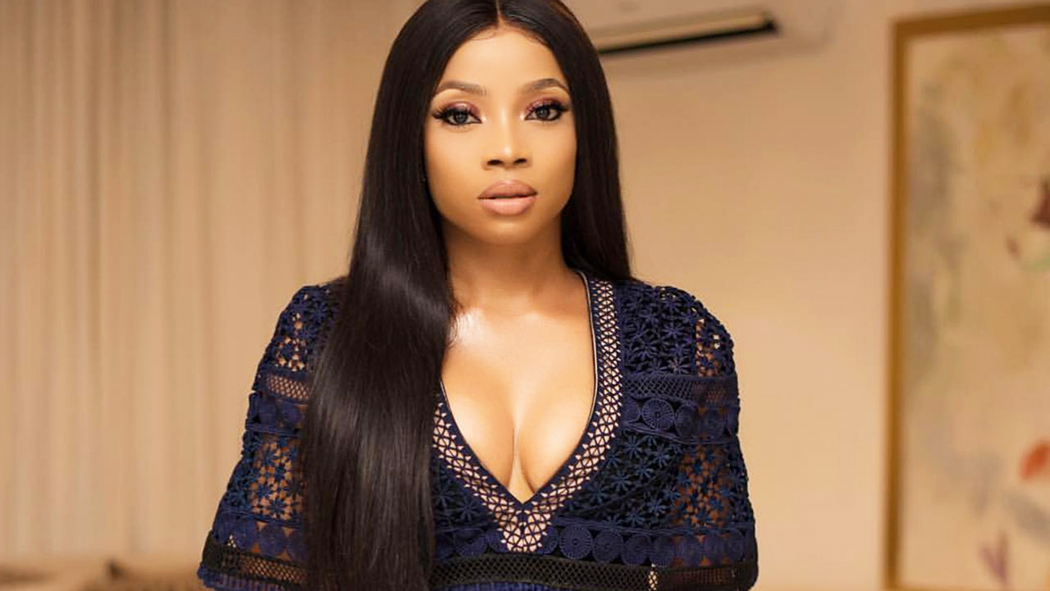 This is not about Toke Makinwa but the fact that anything containing the On-Air-Personality and Vlogger is often seen as a must sell. Her controversial book ‘On Becoming’ sold like condom. Good or bad, she holds strong influence on any product or service, like her morning drive radio programme. As much as there are those who as much doesn’t really agree with her takes, her name attached to any project expectedly brings about positive ends.

With the media girl making her big screen debut, it is safe to assume this ‘Makate Must Sell’ movie which officially premieres on May 3 will be a must sell at the cinemas! Even the cast are optimistic about the movie making high sales including Toke herself. However, the extent of the sales will be determined by the outcome of the patronage by movie buffs. An upcoming movie, “Foreigner’s God” was supposed to be the movie that would have launched Toke into Nollywood.

Most bulletin about the movie ran with the celebrity fashionista as its star. In 2015, Toke made a cameo appearance on Funke Akindele’s hit TV series, “Jenifa’s Diary,” sharing a scene with Akindele and Juliana Olayode.

The new comedy movie ‘Makate Must Sell’ joins the pack of other films in that genre. Excited about her new foray, the radio host took to Instagram to share the news. “Verified. Finally guys the Makate Must Sell this May. Can’t wait for you guys to watch this one, your baby girl is bringing the heat alongside these amazing acts.”

It’s been long coming for the movie which kicked off filming on August 23, 2017 a collaborative effort of Filmone Distribution, Screenart, See Fam and Ahh Entertainment. The year almost entering the second quarter, and we have seen a lot of movies being released already. As seen in the 60 seconds teaser for the movie directed by Don Omope (Taxi Driver: Oko Ashewo, Tatu), Toke takes up the role of an ostentatious single friend to three of the movie’s lead cast.

Following the trend of commercially successful movies such as The Wedding Party, 30 Days in Atlanta and Chief Daddy, Makate Must Sell boasts of an ensemble cast mostly popular comedy actors to make viewers high with laugher. The comedy film tells the story of a thirty-something-year-old lady ((played by Chigul) whose friends are determined to get her married in 12 days. On this journey, she encounters a lot of questionable character in the guise of suitors, who she indulges just so to find a suitable man for marriage.

In the teaser, Chigul’s character is at a wedding reception when a much younger friend or cousin as it seems says, “aunty, we are waiting for you o” indirectly meaning it’s her turn to be wedded. This prompts Chigurl’s character to urgently say “don’t wait…don’t wait” and then to someone else on the phone in another scene that in two weeks my ‘makate must sell’. Most interestingly, she goes on a date with Blossom Chukwujekwu, who is dressed quite eccentrically and tells her right off the bat that he isn’t a man or woman. The movie also stars Akan Nnani, Josh 2 funny, Wofai Fada, Daniel Etim Effiong, Greg Ojefua, Charles Okocha, BBN star Bisola Aiyeola and the movie producer, Toyin Abraham. Toyin as a producer is popular for her sell out movie “Alakada”, but has been tight in various love related scandals all through career.