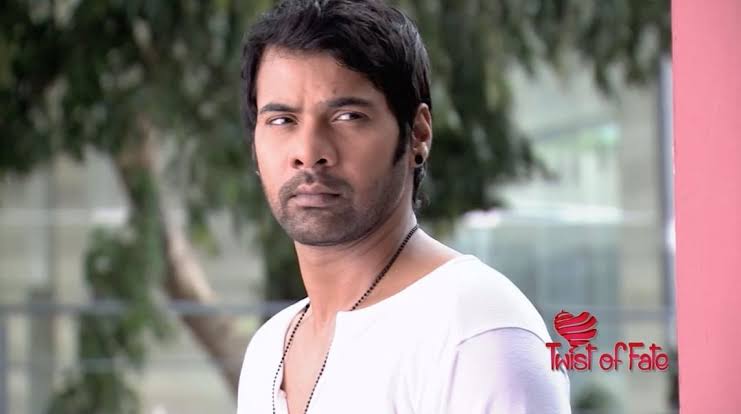 Twist of Fate 1st July 2020: On Twist of Fate Wednesday 1 July 2020 update, Pragya dreaming about Abhi getting him bedtime tea and serving it to her on bed. She wakes up and sees Abhi really sitting next to her and sipping coffee.

He asks if she was dreaming about him. She says yes. He says let us go to your mom’s house. On the way, Abhi eats pani puris. Pragya says her family must be preparing so may food items for him and if he will not eat, they will stuff it into his mouth. He says she has to rescue him. Once reaching Sarla’s house, Pragya asks him to apologize Suresh if he wants her to rescue him. He says he will not apologize double battery. She says he has to. He agrees.

At Sarla’s house, whole family continues talking with Abhi. Purvi jokes if he needs cough syrup. Abhi says yes and says he needs soda tough. They continue their talk. Abhi says he is hungry and needs food, he thought they would have prepared a lot of food for him. Sarla smiles and gets in to get him food while Purvi gets him daadi’s cough syrup bottle/alcohol bottle.

Bulbul asks Pragya if she had any special moment with Abhi. She says her respect for him increased after the incident. Bulbul says she wants Abhi and her to unite, for that she has to forget Purab and let Aaliya marry him. They both get teary eyed and emotional. Abhi hears their conversation and angrily walks towards his car while Pragya runs behind to stop him but to no avail.

Abhi while driving his car reminisces Aaliya requesting him to get her married to Purab and thinks he has to close this chapter at any cost. He calls Aaliya. Tanu asks her to pick call, but she does not. Abhi’s driver on the other side gives Purab a file and says Abhi wants him to sign it. Just when is about to sign it, he gets Abhi’s call who asks him to meet him immediately. Purab says driver he does not have car. Driver says he will drop him. Purab gets into car.

Rachna gets Akash’s call who asks her how is she, etc. She asks him to keep away from her as she does not want any problem and cuts call.

Sarla asks Pragya why did Abhi walk out angrily. Pragya says she and Bulbul were talking about Purab and Abhi heard it, before she could explain, he angrily walked out.

Purab waits for Abhi and thinks why did Abhi call him. Abhi comes there and says he wanted to to anything for him yesterday after he proved Pragya innocent. Purab says he can give his life. Abhi says he has to marry with the girl of his choice. Purab says he cannot do that. Abhi says he knew he would not accept and all his promises are fake, he is not the Purab he knew. Purab says he can do anything for him, but cannot marry as it is not under his control. Abhi asks if he does not believe his choice, then how can he brag that he can do anything for him. He says he will forget his friendship and knows a worst enemy is better than lying friend. Purab says he is not lying and says if he really wants him to marry, then he will to any girl who points at. Abhi thanks him and says he will have to speak to Aaliya and sort out the differences first to continue their relationship further. He calls Aaliya.

Tanu asking Aaliya to pick Abhi’s call. Aaliya says it is of no use, he will repeat his same story again.

Bulbul tells Pragya that because of her, Abhi got angry. Purab in car reminisces Bulbul asking him not to meet him again for Pragya’s happier life. He sees Abhi has brought him in front of Sarla’s house and asks why did he bring him here. Abhi says some relationships have to be broken before starting a new one, so he wants to announce his marriage in front of Sarla’s family. He takes him in to Sarla’s house. Sarla sees them and calls Pragya and Bulbul. Abhi says Purab has proved that he is his best friend and can do anything for him. He asks Sarla if she considers him as son-in-law, son, or someone who helped her. He asks why is he talking to like this. Abhi says he wants a solution for a love triangle. Sarla asks what? He says Purab, Aaliya and Bulbul’s love triangle.

Tanu says Aaliya that Abhi may want to tell her something important, so she should speak to him. Aaliya says she will not. Tanu says she will call driver and check, calls him and asks about Abhi. Driver says he saw him going with Purab and talking with him about marrying him off with girl of his choice. Tanu happily informs Aaliya that Abhi is talking to Purab about her marriage, and she should go shop her wedding dress now.

Abhi calls Bulbul and asks she told she can do anything for him. She says for his and Pragya’s happiness, she can do anything. He says if she and Purab can do anything for his happiness, then she wants her to promise that she will forget Purab. She promises. He asks Purab same, and even he promises. Abhi says hope Aaliya would have been here, there would have been more witnesses. He then takes their hands and keeps them on each other and asks them to forget about their past and think of their future and not leave each other’s companionship. Everybody are surprised to hear that. Abhi says he wants Purab and Bulbul to marry. They both and even Pragya/Sarla smile hearing that.

Tanu informs Abhi’s family that she has a good news to tell. Taiji asks if it is her birthday. Tanu says it is much bigger news than that. Daasi asks if she is marrying. Tanu says Aaliya’s prince has agreed to marry her. Mitali surprisingly asks if Purab agreed to marry. Taiji says that bhagoda agreed, if he had to finally marry, why did he run away. Tanu says he will not this time and asks everyone to celebrate. Aaliya says they should wait until Abhi comes. Tanu says not to worry about him.

Sarla asks Abhi not to joke. Abhi says he is not and says she is Bulbul’s mom and asks right to reject Purab, but since Purab is his childhood friend, he can guarantee that he is best guy, but wants to also say that he is very stubborn also. Sarla asks what about Aaliya. He says he really wants them to marry and since she considers him as her son, it is his responsibility to get Bulbul married to a best guy. He asks Bulbul and Purab to take Sarla’s blessings. Pragya gets happy seeing Abhi’s changed avatar.

Akash reminisces Rachna telling him not to contact her again. He calls her, but Suresh picks it and speaks. Akash says hello and cuts call. Suersh thinks he should speak to Rachna.

Aaliya gets happy thinking that she is getting what she wanted, finally her Purab will be with her forever.

Purab says Abhi that he could not think, he would do this. Abhi asks if he thought he wants him to marry Aaliya. Purab says yes and says for the first time he is feeling that he got both his friend and love and asks him to promise he will not leave him again. Abhi asks him to be a man and hugs him. Pragya and whole family smile seeing that. Pragya hugs Bulbul and points at Purab. Bulbul gets shy and runs in.

Pragya thanks Abhi for uniting Purab and Bulbul. He says he did it for Aaliya as she loves Purab and Purab loves Bulbul, until he marries Bulbul, Aaliya will be behind him and will ruin her life.

She says he does not look good serious. He says he is better than her who is unromantic. She says she can be anything but not unromantic. He pins her to the corner and tries to kiss her and she reciprocates, but he stops and asks how will she propose her, to imagine as he is her boyfriend and prove she is romantic. He asks if he is ugly that he cannot be her boyfriend. She says not like that. He says he can propose anyone anytime and says that is the difference between them, he is a rockstar and he is a worried teacher. He says he will give her 2 days to prepare herself to propose him, if she proposes him, he will change her name from chashmish and give a new name, says she should work hard as it is not easy to impress rockstar. He goes near her lips again and she closes her eyes again, but he blows air and leaves, leaving her lurching for kiss.

Abhi discusses about Bulbul and Purab’s marriage with Sarla’s family. Purbi says their marriage hall is still sealed. Purab says he will marry in temple. Abhi says he is like his younger brother and will arrange his marriage at his house. Pragya says what about Aaliya. He says she will understand. Sarla says how can she allow her younger daughter’s marriage at her elder daughter’s house. He asks her to stop thinking all this and says if she does not agree, he will take supreme court/daadi’s permission and she will get angry on her. Sarla says no need to trouble daadi as she is ill. Abhi says then she should agree to his terms. Aaliya calls Abhi and asks if he called her. He says yes, but she did not pick his call and says he will come home and explain. Aaliya thinks she was unnecessarily angrily on Abhi for slapping her, he is getting her the best gift in life/Purab.