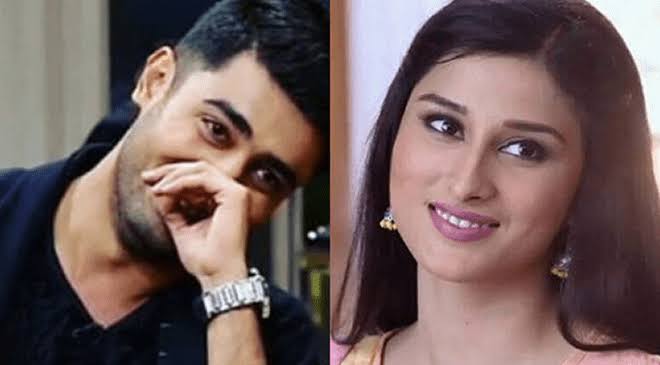 Deception June 2020 Teasers; Naren and Pooja reunite Once again against Angraj, they were successful and all is well with the Vyas family

Pooja identifes the real identity of Angraj. Meanwhile the real Naren is being tortured by the tribes men and forced to believe that Pooja is behind his pain.

Pooja makes a deal with Angraj so he can tell her Naren’s location. she promises to help him get rid of the family and officially become his wife else she will expose him. Meanwhile Naren gets a savior in form of Dr Kirian.

Angraj plays the violin like Naren and almost convince Pooja but she is not fooled. Surbhi get Pooja ready for her marriage to angraj. Meanwhile Dr kirian contemplates telling Naren the truth about his wife Pooja. Naren breaks the fingerprint machine in anger.

Pooja makes high demands on Angraj before he can touch her he is very determined just to prove his love, however it is all Pooja plot to stall him in fulfilling their wedding night.

Angraj connives with the tribal head to get Naren beaten up by Pooja. They plot to frame her by presenting Naren as the killer of kirian husband. Pooja feels Naren touch and instantly recognize him, how will she save him now?

Pooja beats Naren in front of everyone, Angraj is convinced that Pooja loves him. Later Pooja deceives Neelima and Surbhi by pretending to be on their side against Naren.

Dr. kirian tells Naren the whole truth about Pooja, he tries to kill himself but she is determined to save him by turning against her tribe.

Angraj comes home stoned on drugs and Pooja makes him believe that he had physically abused her the previous night. He is devastated. Meanwhile Kirian seems to be falling in love with Naren.

Angraj takes more drug and faints. Rahul takes him to the same hospital where the real Naren is hospitalized. Somehow Naren manages to sneak out and meet with Pooja, all misunderstanding is cleared between them and they plan to take down Angraj, he decides to manipulate Dr Kirian feelings for him In other to find evidence against Angraj.

Surbhi, Rahul and neelima order a new fingerprint box and together with the tribal people plan to make Naren give his fingerprints this time around. Meanwhile swetlana from Mehek series calls Rahul to find someone to get married to Mehek and avert Baba’s prophecy. She and Angraj are in cohort. (It is not certain if Zee world will show crossover episodes of Mehek)

Satish is bent on getting Rachel remarried even though Kusum does not approve. Rahul collides with the real Naren at the vyas mansion, he almost find out he’s not Angraj but for Satish’s call saving the day.

Angraj returns home and is certain something is amidst. he and Pooja visits the tribe and there he finds Naren being beaten up. Rahul kidnaps Mehek ready to get her married off to Naren according to their plans. Meanwhile Angraj posing as Naren informs the whole family of his intention to remarry Pooja.

Naren falls out of favour with Dr. Kirian but Pooja manages to convince her and she is on their side again. Naren is injected causing him to lose all his memory and ready to marry Mehek but it is all a ploy to deceive Angraj. Kirian also injects Angraj making him drowsy. Also Mehek and Pooja swap themselves at the Mandap getting him the more confused.

Mahek holds Angraj and asks Naren and Pooja to go. Dr. Kiran gives him injection. She says injection effect will be for 6-7 mins. Angraj faints. Mahek faints. Shaurya comes there and beats Naren thinking him to be Angraj. Angraj takes advantage, he gets up and aims gun at Naren and pooja. He shoots Naren in the chest, sends Pooja home with Rahul and decide to bury him.

Pooja makes up her mind to drink poison on her wedding day and reunite with her husband. But it turns out Naren is alive, he reveals how Danish and Satish helped him defeat Angraj. Naren and Pooja get married. Naren fills her maang with sindoor. Angraj comes too late.

Naren and Pooja scare Angraj by making Pooja seem possessed of Naren’s ghost. Angraj goes back to where he buried Naren to ascertain if he’s truly dead, meanwhilet body has been changed to a dead body. Angraj burns the body for effect.

Rahul and family are worried that Angraj may turn against them too. Naren’s ghost also come to scare them into giving him files that incriminate Angraj of doing facial surgery. Later Naren,Pooja and Danish successfully retrieve the family treasure using Naren’s fingerprint. The tantrik ( herbalist) Neelima hired tells them that neither Pooja not Naren is a ghost.

Hardik gets a visitor in jail who promises to take revenge on the Vyas family for his imprisonment. Pooja meanwhile senses a looming trouble. Also the tantrik transfers Angraj’s spirit into Harish, now Harish possessed body is on a killing spree…

Arjun attacks Neelima, while Harish attacks Supriya. Supriya faints. Arjun also spreads poison on Surbhi and Rahul’s A.C unit so as to kill them while Angraj spirit in Harish goes to attack grandfather, however Pooja saves them in time and gets a trance/dream where she saved Naren. All this while, Naren is still missing.

The tantrik (herbalist) reveals his true intentions for setting Angraj against the family he also lures Rahul and Surbhi out promising to give them the missing treasure. Arjun tells Hardik that he has accomplished his mission of killing Neelima unaware that the Vyas family has recovered from the attack. Pooja goes in search of Naren even though half the family is against her.

Angraj who has kidnapped the real Naren, gives a live broadcast where he blames Pooja for everything bad happening in the Vyas family, he also sets fire on himself and make the whole world believe that Naren is dead. Meanwhile Rahul and Surbhi are under attack by Angraj’s goon after they realise that Angraj is only an enemy, Pooja comes to their rescue but also get hit. In a dream sequence she reacues Naren but it is only a dream.

One month later and the world still mourns the death of Naren, Pooja pretends to loss memory of five years of her life. Kusum gets ready to marry her off again. The Vyas family knowing Pooja’s worth do not want her to but they attend her engagement ceremony nonetheless. However Surbhi reveals the bad intentions of the groom and In a new twist Arjun manipulates his way to become Pooja’s groom in the hopes of getting the Vyas property.

It is revealed that Pooja has captured and kept hidden both Angraj and Naren in collaboration with Satish and Dr Kirian. Sometimes later Angraj escapes and goes searching for the herbalist. He tells him that his face is falling apart. In a bid to stop Pooja remarriage he goes to the Vyas family.

Angraj disrupts the wedding and in an ensuing battle, Supriya shoots him dead. Arjun also realize the true identity of Hardik his rapist father when he also comes to kill off the Vyas family, he is arrested by the police, Arjun apologizes to the family and ends up marrying Rachel. The family also accept him as a son and everything is fine with the family. Pooja is also revealed to be pregnant.

Official teasers shall be replaced when available.