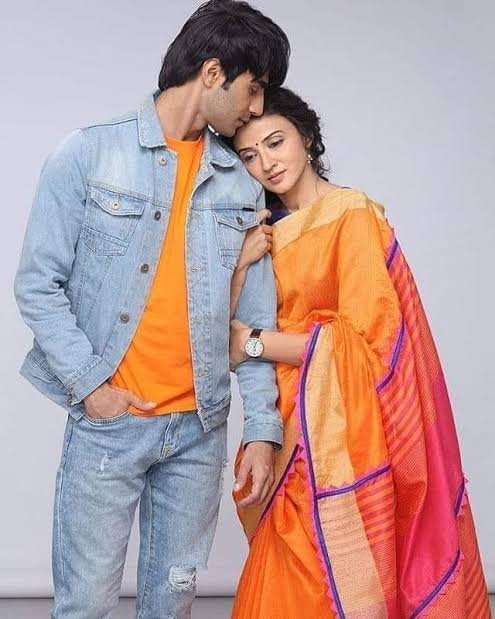 Sahil clarifies to the family that he only came here to prove his innocence to Vedika.

Nidhi was sure she would never let Vaidika win over her, no matter she has to do anything.

At home, Vaidika was tensed and thinks she might be wrong. She is sure Sahil can’t touch any girl no matter how drunk he is. It is possible Sahil is telling the truth and the reality is being molded. She was confused.

Mohid comes to meet Aarya. He was ready to lend her any time she needs to think and gives her a bunch of flowers. He shows Aarya a tattoo of her name on his chest, to assure she will be her girlfriend and his decision is permanent. Some ladies from neighborhood watch them speak. Aarya was worried why Mohit did this, she was thankful no one is home else how she would have explained to her mother. She takes Mohit inside. The neighborhood ladies gossip about the characters of Vaidika.

In the office, Yash asks his secretary when Sahil started to take decisions of Agarwal’s business. He wonders why Sahil sent them the notice not to display their designs and sends his secretary to find out what’s going on.

Vaidika comes to Yash office with some designs. He inquires about her police complaint about that attack and asks to see the cufflink. He decides this cuff link will get them to that bastard man.

Vaidika comes to Yash office with some designs. He inquires about her police complaint about that attack and asks to see the cufflink. He decides this cuff link will get them to that bastard man.

In Agarwal house, Deepak comes to call Puneesh upstairs as Sahil is unwell. In the study office, Sahil shouted at the worker for not preparing the right designs. He appeared to be drunk and furious. Nidhi brings a glass of milk for Sahil and gives Anjana to give it to him. Sahil leaves the room. Deepak feels there is Nidhi’s hand behind all this drama; but her child is still dangerous and he won’t let that child borne. Nidhi thinks her drugs made Sahil drunk enough to ruin her life and business, Vaidika would soon be fed up of him and throw him out of her life.

Vaidika was walking home while being worried about Sahil. She finds Sahil lying faint at her house door. She comes to wake him up. Sahil murmurs he can’t live a life alone and always want to be with her. Vaidika wakes him up.

In her room Nidhi jokes how everyone would feel pity of Sahil. She will now control her feelings and his actions. She was speaking on phone and tell her mother Sahil will lose his ability to think and perform. Everyone would consider him drunk and even lose his business partners.

Vaidika forcefully gives Sahil lemonade. Sahil was half awake. Vaidika asks if he got drunk. Sahil says he feels strange and doesn’t remember what he was saying and what he behaved. Vaidika throws a jug full of water over Sahil’s face. He was fully awake. Vaidika strictly tells him to go and bear his responsibility, she doesn’t want to hear a word from him.

Nidhi says if Sahil goes to a strange woman leaving his pregnant woman home, people would consider that he must have got drunk and got her pregnant. Shruti was pulling Bari Amma’s chair across the corridor. She hears Puneesh’s voice and leaves for a while. Bari Amma hear Nidhi’s conversation. Nidhi was saying that Sahil is so stupid, someone is giving him illusionary drugs and he can’t sense the danger. She was determined to ruin his reputation as a business man and as a successful man, then take over the entire Agarwal business herself. Bari Amma feels helpless being unable to save her child from such cunning lady.

The next morning, Nidhi comes to Bari Amma’s room and says Bari Amma must be really successful. She shares with Bari Amma that it’s a final step of her Aarya-Mohid plan. Vaidika would be taken aback and will leave their lives forever. Puneesh comes there and tells Bari Amma there would be no mistake this time, Sahil is also home. They must focus that Vaidika can’t return to this house and Sahil’s life. Nidhi says she shared everything with Puneesh because Bari Amma was no longer her side. Bari Amma was worried who would save Sahil from Nidhi. She prays for a miracle so that she can save Sahil from this cunning b*t*h. Puneesh says it’s the day when Vaidika will be destroyed by her own love.

Vaidika asks Yash what is the connection of this cuff-link with Lucknow. Yash recognizes the logo behind the cuff-link as of a specialist shop from Lucknow who deals in cufflinks and men’s suitings. Vaidika wonders who belongs to Lucknow. She was sure whoever it is keeps a close eye over her actions. She was determined to find that person.

Aarya apologizes Sahil saying she only thought Sahil would understand. Sahil says he realizes Aarya has fallen in love and understands Mohid is a nice guy. Aarya was worried about Vaidika who would want her to focus on her studies. She promises she will always focus on her studies. Sahil advices Aarya her mother has also taught her limits and she must not cross it. Mohid overhears this and calls Nidhi that her plan was successful.

In Lucknow, Vaidika and Yash arrive at the outlet. The salesman there recognize the cuff link and says it was specially designed for a client. Interestingly he is here today. Vaidika and Yash move towards the side the sales man pointed at. Vaidika walks towards a tall man standing with the stand and asks if he recognize this? The man says he has similar cuff links with his own name, Varun Joshi. Vaidika apologizes the man, she sense the man is here. Puneesh had hidden himself in a corner and thinks he spotted her in the mirror. Yash convince Vaidika to go back. Puneesh was determined he would destroy her.

Back at home, Aarya gets a call from Mohid. He invites her to a dance practice tonight, Aarya promises to come. Mohid discuss with a friend that Aarya is dumb and doesn’t realize what will happen to her. Nidhi has turned him to a villain.

Vaidika arrive at Agarwal Mansion shouting Puneesh’s name. She comes inside and slaps Puneesh. Prachi comes to defend Puneesh but Vaidika tells her to first realize she is defending someone who attempted a rape at girl. Sahil was furious and beats Puneesh hard. Prachi asks if Vaidika is blaming her pious husband. Vaidika says she has a proof of it, and shows the cuff link.

Prachi recognizes the cuff link. Vaidika says it fell of his shirt while he wrestled. She couldn’t have reached him only through this, but somewhere there is a God as well. A tailor in Lucknow helped her. Vaidika spotted a CCTV camera and requested the salesman of the shop to see the footage. Puneesh asks if she would blame him for a rape based on a proof of a mere salesman. Anjana asks why Puneesh would do this. Vaidika says she… then looks towards pleading Shruti… she says Puneesh will himself tell everyone and police about it.

The police come into Agarwal House. Prachi tells the inspector not to arrest Puneesh. She blames Vaidika’s character, Sahil charge at Prachi but Vaidika holds him back. Sahil warns Prachi to behave well, no one will be worse than him next time. Vaidika sends him away. Prachi turns to the inspector blaming Vaidika to have done magic over her brother. The inspector says the case isn’t related in anyway, they arrest Puneesh. Puneesh assures Prachi he will handle everything and goes with the police. Bari Amma trembled on the wheel chair trying to speak and move.

At night as Vaidika returned home, she was stalked by Puneesh in the street. He tries to harass her, holding her by the wall. Puneesh minds Vaidika it’s the power of his money. He says he has warned Vaidika a number of times but she doesn’t understand. This time he must disgrace her family as a revenge. Vaidika warns him to stay away from her family.

Aarya comes calling Mohid while it was dark all around. Mohid and his group shouts a surprise for Aarya. She says Mohid promised her a dance rehearsal, Mohid says she wouldn’t have come for a party. He assures he is here, and she can trust him. He introduces everyone to Aarya as his sweet heart. Nidhi and Puneesh smile from a corner. Puneesh calls Mohid a good actor, Nidhi says Aarya is a dumb. They wear masks to go and have fun with them all.

Aarya comes to a corner and asks Sahil to stay here for a while. She promises she would never cross her limits. Sahil warns her to stay careful, and gives her one hour. He will go to Vaidika, take permission for her and then pick her up. Nidhi speaks to Puneesh that their game is on, Sahil knows the truth while Vaidika doesn’t. She and Puneesh mix a drink for Aarya.