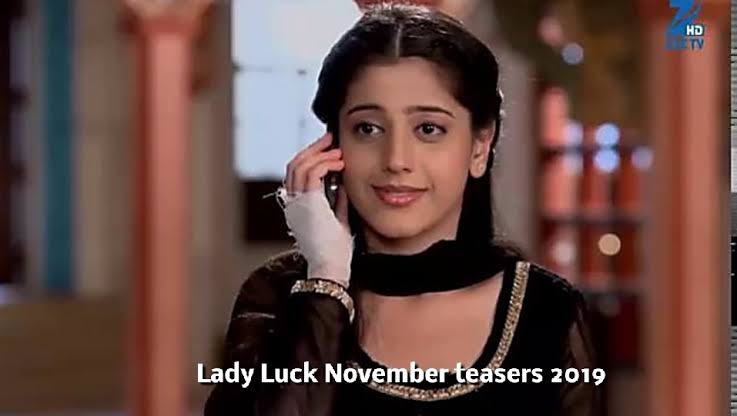 Varun taunts Bhoomi that her mehandi is very dark. Avni says he is just joking and says her nanad will be loving her a lot and even Maan will love her. She asks Varun to call Surbhi and check how her mehandi is

Varun says he does not know about her as a nanad, but he loves Surbhi a lot as a husband.

Surbhi panics seeing her rash smitten face and tells Suman that she will not spare palor people for applying expired creams on her face. She gets Rahul’s phone call and cuts call telling she will call him later. She then gets Varun’s call and tells him that she will be the first girl whose face will be ugly on her marriage day. He asks what happened, so she does not want to marry rightnow. He asks what happened.

She says her face is full of rashes and even Maan is missing. Varun asks what. Suman asks her to stop. She says Maan is always busy on her business trips and out of house most of the time. Suman tells she did right, else bhabi maa would have trashed them.

He comes near her and says he went to make suicide. She smells alcohol from his breath and asks if he is drunk. He says he is and falls down. Vasundhara asks Agram to control his son and get him ready for marriage as they should head towards Ujjain.

Latha and Agram carry Maan to his room and Agram asks why he troubles them like this, what problem he has. Maan says he has 1000 problems. Agram asks to tell him so that he can solve them. Latha asks Agram to go out while she gets him ready. He leaves. She asks Maan to rest till she get lemon water.

He holds her hand and asks why it happened only to him, says he is happy now, he did not want to marry, but now he has consoled himself and will show how happy he is throughout his life. She asks if he loves that girl very much. He says yes, but he also loves them also and will marry for their happiness. He falls unconscious, leaving Latha sad.

Latha thinks how will she get him ready. Surabh comes and says she does not have to take tension and says he will wake him up right now. He says if Maan would have told him before, he would have brought him yesterday night itself and asks her to get lemon water. She starts crying. He says he will handle Maan now, asks to stop crying and get lemon water. She goes smiling.

Murli tells Shanti they should leave home and reach marriage venue before Bharadwaj family reaches there. Shanti says she is not stopping anyone and says she is happy that her both grandchildren are getting married. Murli says they are sending one daughter and getting another. Shanti says he is right and walks, but slips on carpet and falls. Family gets her up. She asks everyone to leave while daada/Murli stays with her and get doc.

Rajender says how can they go without them. Shanti says they should go and greet groom and guests in. Rajender calls Vasundhara and asks if she left for marriage hall. She says she is on the way. He says family that bhabhi maa is already on the way and they should reach hall first.

Saurabh calls Ria, gives her marriage hall address and asks her to reach there on time. She asks him not to worry. He says his phone battery is low and he may not call her before reaching marriage hall. She says okay. She sees Bhoomi’s message to call her soon, thinks bhoomi must be in trouble an calls her, but her phone is switched off. She then thinks of calling on landline.

She calls on landline and tells daadaji that Bhoomi wanted to speak to her. Daada says she wanted to invite her to her marriage. She says if it is in ujjain she will definitely attend and asks him marriage venue. He says same marriage hall, but before he could speak more doc who is checking daadi calls him. Ria thinks Ansh and Bhoomi’s marriage is in same hall and she should inform Saurabh, but his phone is switched off.

Rajender and family reach marriage hall and Janaki asks bhoomi and varun to go and get ready. Vasundhara’s family reaches venue. Rajender and Bijender greet them in. Dhara asks where are Latha and damadji. Vasundhara gets tensed.