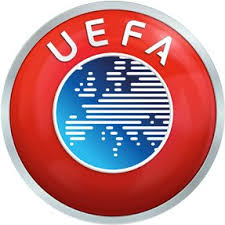 The board gave one-month notice ending May 25 to inform the European governing body of their plans to restart their domestic competitions.

We all known that Premier League and other European leagues stopped their league season due to the spread of corona virus.

But UEFA is keen to start planning for next season’s European club tournaments.

According to letter to all federation in UEFA on Tuesday, UEFA president, Aleksander Ceferin, wrote:

“National Associations or Leagues should be in a position to communicate to UEFA by May 25, 2020, the planned restart of their domestic competitions including the date of resumption and the relevant competition format.

“If a domestic competition is to be prematurely terminated for legitimate reasons, UEFA would require the National Association to explain by May 25, 2020, the special circumstances justifying such premature termination and to select clubs for the UEFA club competitions 2020/21 based on sporting merit in the 2019/20 domestic competitions.”

Related Topics:LaligaPremier league
Up Next

Alexis Sanchez To Return To Manchester United And Earn A Loyalty Bonus Of 1.1Million Pounds