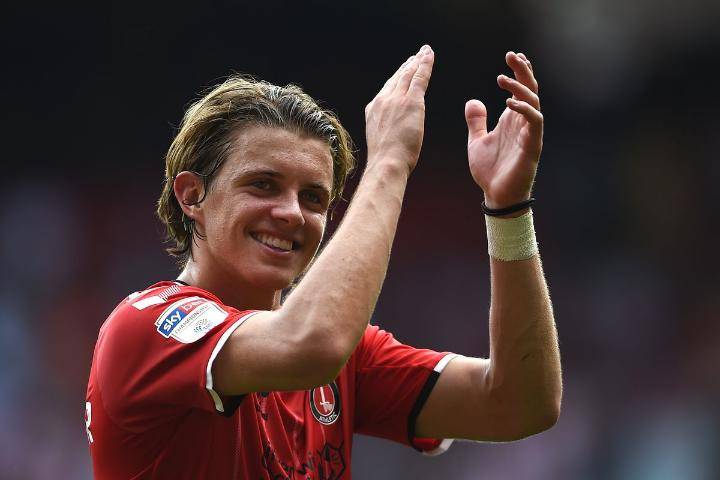 Chelsea have confirmed the recall of a young talented player, Conor Gallagher from a loan spell with Charlton Atletic, reports Sky sports.

The 19-year-old midfielder spent the first half of the season on a loan spell with Charlton, where he featured in 26 league games and scored six goals.

His performance and barnstorming form earned him a call-up to the U21 squad of England.

Gallagher revealed he was in regular contact with Chelsea head coach Frank Lampard through the first half of the season and the decision has now been made to cut short his loan with the Addicks.

The youngster has been linked with another loan move to Premier League clubs Burnley and Norwich. Knowing Lampard’s belief in young players, it is unlikely that the player will be sent on another loan spell.

Sky Sports have reported that the midfielder was part of the Chelsea squad that trained at Cobhams this morning.

He started his career with Chelsea only when he was eight and he ascended the various grades of the club. Shortly before his loan move to Charlton, he won the Chelsea Academy player of the year award and he has been tipped to do great exploit.

Top 10 Richest Footballers In The World 2020. Ronaldo Moves back to 2nd

Reasons Why Maduka Okoye Prefer to Play For Nigeria Than Germany