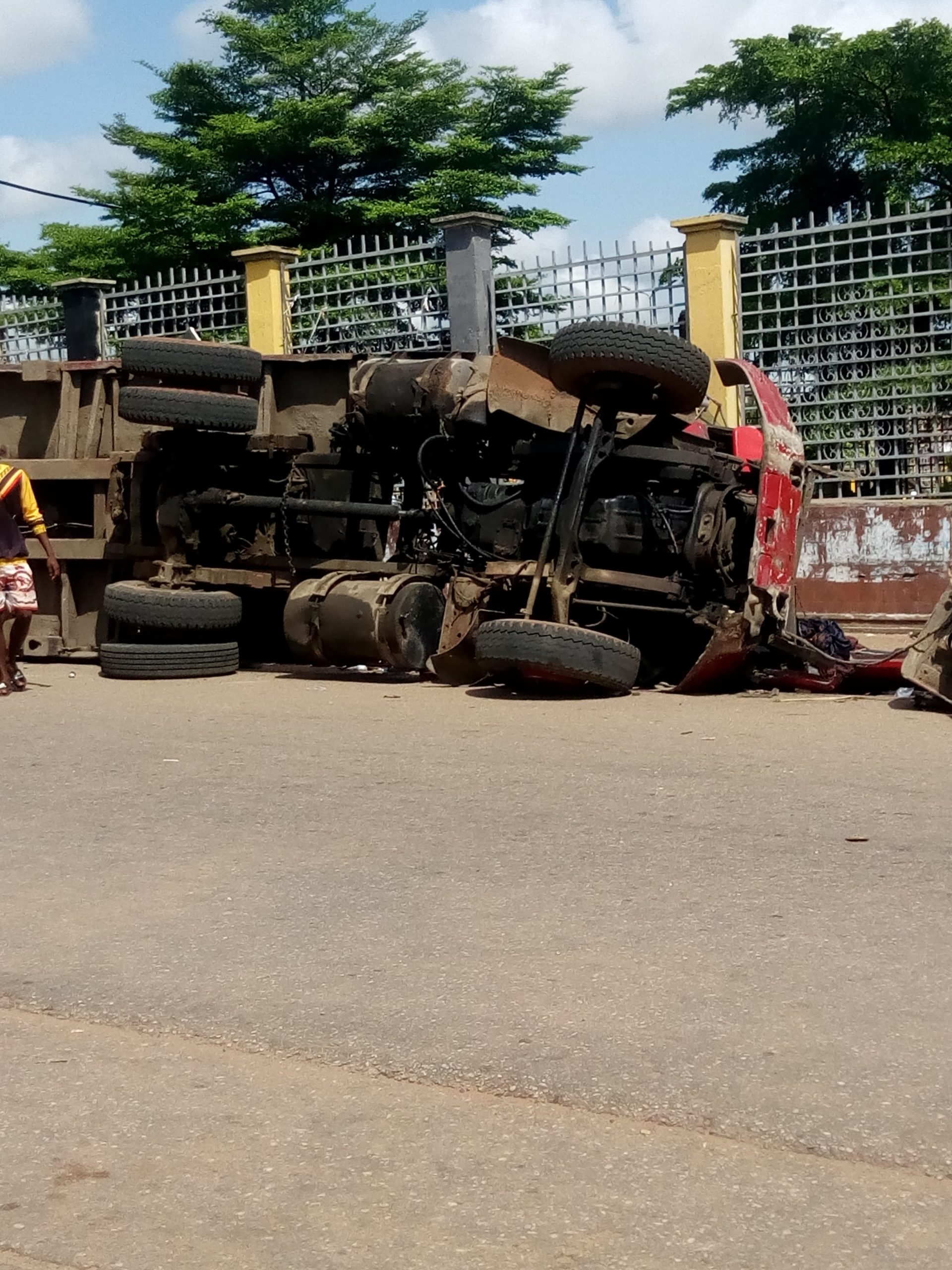 Around 8:00am in Upper Iweka, Onitsha, Anambra State, a long vehicle was said to fail break and kills more that 10 people, others were injured. Thinknews reported that the accident occurred at the same place where a fatal accident was recorded at upper iweka which involves falling of a tanker that occurred last year and last two years.

According to our report, we noticed that it kills more than 10 people and others got injured. The driver was among those that died.

He also said that the driver died at a spot, it then crushes another 10+ persons which includes two tricycle (keke) drivers and other unknown persons , maybe the knee passengers. The truck felt on top the two tricycles(keke), it also hits and damaged other three Siennas, which is verified to be owned by Onitsha South Mass Transportation Company.

Around 2:30pm, A Lifting Vehicle known by name “groove” came and lifted the truck, and from there, None dead body were were recorded.