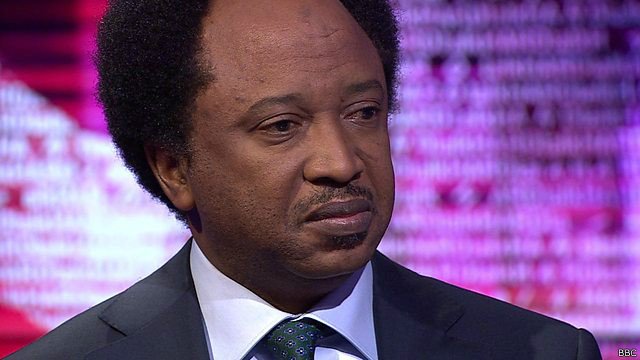 The lawmaker representing Kaduna Central senatorial district, at the National Assembly, Senator Shehu Sani, has been put under ‘fire’ by some Nigerians on social media for criticising the government over its failure to build or fix refineries in the country.

The social media users believe that Shehu Sani and his colleagues at the National Assembly were the real problem of Nigeria.

In a tweet on Saturday, the lawmaker had attacked the government for begging Saudi Arabia to come to Nigeria and build refineries.

Shehu Sani had also wondered how a whole country was now hoping on Aliko Dangote, Nigeria’s richest businessman, to complete his refinery.

He had tweeted, “The refineries promised has not been built, the ones we have are not working and when they are asked, they will point at Dangote refinery.

“And we are begging Saudi Arabia,an oil-producing country like us to come and build refineries in Nigeria. This kin thing tire me.”

Here are some of the reactions to the Senator’s outcry.

@Mathias4960366, “If you as a senator together with your colleagues go home with not less than fourty millions of naira each (40,000:000) monthly, what else do you expect the government to use build reffineries? You & your colleagues are the problem of this country.”

@Abimbolakosh, “The only thing you know is propaganda. No one is interested in your sermon. You don’t love the masses, if you do, why don’t you use your N13million salary to assist the poor and lay the precedent for others to follow. Live by example.”

@AzeezSaka14, “This pain is real, you have started counting days to be thrown out of NASS, Heeeya, Peleeee, may we never experience your type in NASS again.”

@Kabirtofa, “And you are one of the Lawmakers for more than 3 years, what did you do. #Actionnotnoice.”

@DuboChief, “This shameless Shehu don forget that he’s part and parcel of the problem.”

@OfficeofdCitize, “How much was in the budget you approved for 2019 and what percentage of it is running on deficit? Stop talking drunk, Dangote’s refinery is nearly $15bn that is nearly half of your entire foreign reserve, talk is cheap.”

@Oaklander4, “Posterity will ask you one day, what did you do to put all the things in place when you were collecting millions for doing little at the National Assembly.”

@Uthmanmando, “Which efforts did you make as a Lawmaker for good 4 years to address the issue?”

@bravoo_medoo, “You can join them and beat them. Your complaint is reminding us of our pains if you cannot stand out there’s no need of letting us know, besides it’s a solution we all need now.”