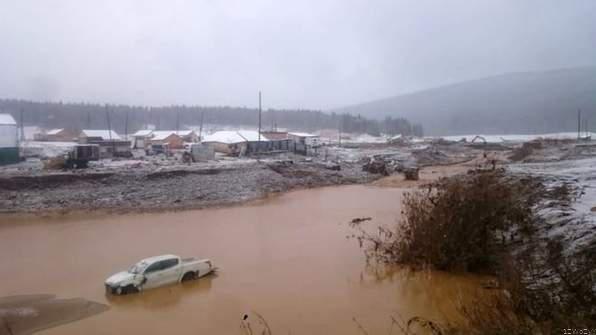 Fifteen people were killed and another 13 missing after an illegally built dam collapsed at a gold mine in a remote Siberian settlement on Saturday, in the latest deadly accident to hit Russia.

The dam on the Seiba River in the Siberian region of Krasnoyarsk burst and flooded several cabins where the victims lived, Russian authorities said.

Muddy flood waters hit the cabins near the village of Shchetinkino at around 6 am as the workers were resting.

About 300 people, six helicopters and six boats were involved in a search and rescue mission, the emergencies ministry said, but the operation was challenging because of the remote location.

Officials said the dam had apparently been built in breach of safety rules and claimed that the authorities were not aware of its existence.

President Vladimir Putin ordered officials to provide assistance to the victims and identify the reasons of the accident, his spokesman Dmitry Peskov told reporters.