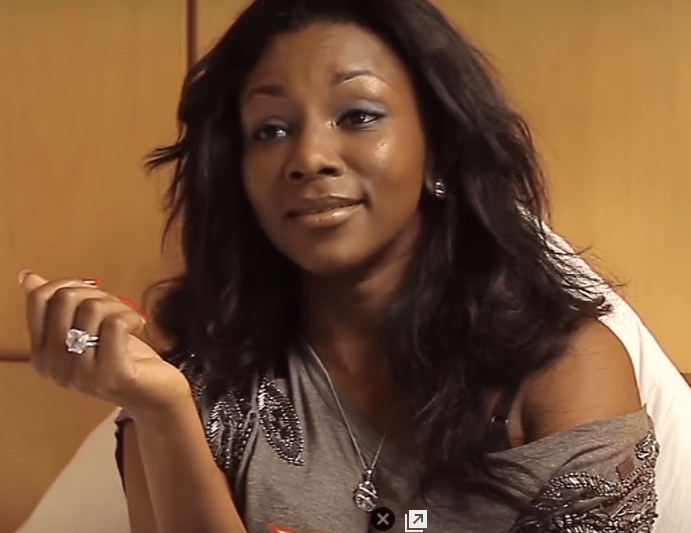 Genevieve Nnaji is a Nigerian popular actress, producer, director, model and a song writter. The famous actress has won the Africa Movie Academy Award (AMAA) for Best Actress in a Leading Role in the year 2005, making her the first actress to win the award.

In 2011, she was honoured as a Member of the Order of the Federal Republic by the Nigerian government for her contribution to Nollywood.

Her directorial debut movie, Lionheart, is the first Netflix Original from Nigeria, and first Nigerian submission for the Oscars.

Genevieve was born born 3 May 1979 to a Nigeria parent in Mbaise, Imo State, Nigeria, and spnd most of her early life in Lagos. Genevieve is the fourth of eight children, she was raised by her parent who both live in Lagos; her father worked as an engineer and her mother as a nursery school teacher. She attended Methodist Girls College Yaba, Lagos.

After her secondary school, she preceded to University of Lagos, where she graduated with a bachelor’s degree in creative arts. While at the university, she began auditioning for acting jobs in Nollywood.

Genevieve Nnaji is blessed with only one daughter named Theodora Nnaji and while the father of the girl remains unknown to the public. She seem to be single for now, although she has been linked with several relationships in the past.

Genevieve Nnaji has received many notable awards and some of them includes Africa Movie Academy Award for Best Actress in a Leading Role in 2005, Zulu African Film Academy Best Actress for the movie The Mirror Boy in 2011 and the best actress in the City Peoples awards just to mention a few.

For her contributions to Nollywood Industry she was conferred with the Member of the Order of the Federal Republic(MFR) by the Nigerian government in 2011.

As of 2020, Genevieve Nnaji’s net worth was estimated to be $9.2 million dollar