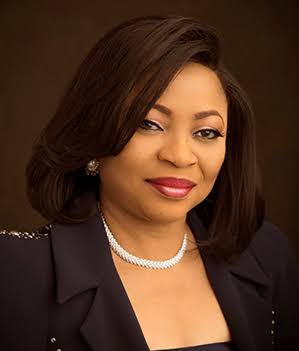 Folorunso Alakija (born 15 July 1951) is a Nigerian Billionaire Businesswoman. Folorunso Alakija is a managing director of The Rose of Sharon Group which consists of The Rose of Sharon Prints & Promotions Limited, Digital Reality Prints Limited and the executive vice-chairman of Famfa Oil Limited. According to Forbes, Alakija was ranked as the richest woman in Nigeria, her rivals includes Bola Shagaya, Princess Fifi Ekanem Ejind, Dr. Stella chinyelu Okoli. In 2015, she is listed as the second most powerful woman in Africa after Ngozi Okonjo-Iweala and 87th most powerful woman in the world.

Her Early Life And Education

Folorunsho Alakija was born on 15 July 1951 to the family of Chief L. A. Ogbara in Ikorodu, Lagos State. She begins her Nursery School at Our Ladies of Apostles, Lagos in the year 1955–1958. She travelled to the UK to attend boarding school to continue her primary education when she was at the age of 7 at Dinorben School in Hafodunos Hall in Llangernyw, Wales between the year 1959–1963. She then returned to Nigeria to attend high school, and then went back to London to attend Pitman’s Central College, the American College London, and the Central School of Fashion. So she educated at Europe.

Alakija began her career as an Executive Secretary at Sijuade Enterprises in Lagos, Nigeria, while simultaneously launching her own tailoring business. Before then, Alakija worked for some years at former First National Bank of Chicago, which later became FinBank now acquired by FCMB (First City Monument Bank). Alakija later became the National President and a Trustee for the Fashion Designers Association of Nigeria.

In the year 1993, she applied for a license to begin prospecting for oil. It turns out, the plot of land she was granted worth over 1 billion barrels of potential oil. She owns 60% of the drilling venture that is off the coast of Nigeria. Star Deep Water Petroleum Limited, a Texaco company, and Petrobras, a Brazilian company, own the rest of the drilling operation. For twelve years, she fought with the government in court over the plot of land, when Nigerian government attempted to take the land grant back.

Folorunsho Alakija was married to a lawyer, Modupe Alakija (husband) in November 1976. They had four Children and Grandchildren. DJ exclusive was a niece to Alakija.