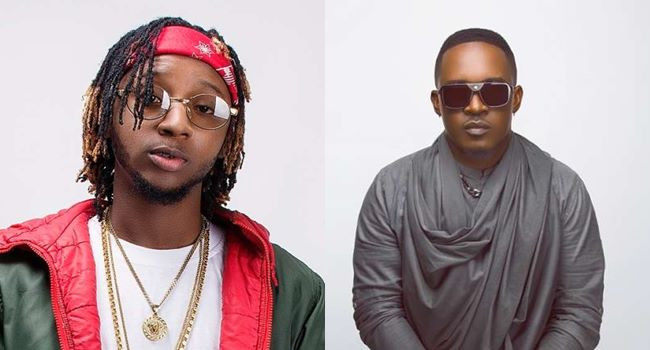 Have Lost Every Atom Of Respect I Have For You, Rapper Young6ix Blast M.I On Twitter

It seems it’s very easy for every artist to have diss with Nigerian rap star MI. Abaga, recently it was vector now it’s young6ix.

Rapper, Yung6ix,  called out veteran rapper M.I Abaga, accusing him of failing to support his career despite featuring in one of his songs, Grammy Money, in 2007.

According to him, M.I refused push the song they made together, as he did not post or repost the record on social media or even agree to appear in the video.

However the post causes controversies on Twitter as many fan label Young 6ix to be an ungrateful artist, Among the commenters some suggest that young6ix can’t blame his failure in music on MI.

Others says they doesn’t know who Young6ix was until the said MI. Abaga appeared on his music in 2007.

Yung6ix says he has lost every respect he had for MI. See his tweets below.

My Monthly Period Didn’t Give Me Any Sign, I Am Surprised To Get Strained_Bobrisky Claims.

Forget Bobrisky, Meet Jbrand, a male model who wants to take over Bobrisky by becoming a woman