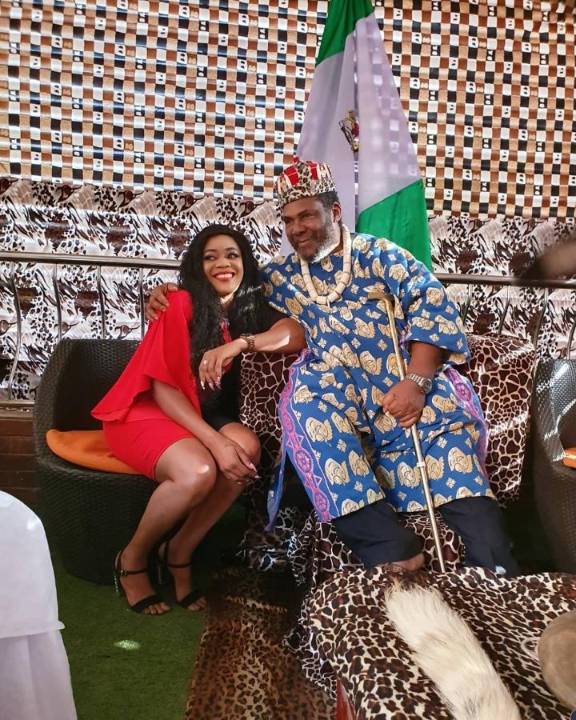 Edochie is considered one of African’s most talented actors, being honored with and industry merit award by Africa magic and Lifetime Achievement by Africa Film.

Academy Although a seasoned administrator and broadcaster, he came into prominence in the 1980s when he played the lead role of Okonkwo in an NTA adaptation of Chinua Achebe’s all-time best selling novel, Things fall apart.

Edochie descends from the Igbo people of Nigeria and is a Catholic. In 2003, he was honored as a Member of the order of the Niger by President Olusegun Obasanjo.

He posted on his Instagram page his daughter in-law to be who is from Anambra state.

He also thank God for bringing him this far and for all the blessings, and went further to crack a joke that God gave him a beautiful daughter in-law that will born beautiful children.

My Monthly Period Didn’t Give Me Any Sign, I Am Surprised To Get Strained_Bobrisky Claims.